Last week MOJ Digital Services took part in the Public Sector Hackathon in London, and came second for an API!

A ‘hackathon’ is an event in which developers get together – often over a long day or two – to quickly create software from scratch. It’s all above board, and nothing to do with illegal hacking!

The Public Sector Hackathon, organised by MongoDB, attracted about 80 people from across government.

We came second in a competition at the event by creating an application programming interface (API) for data on river levels in the UK. 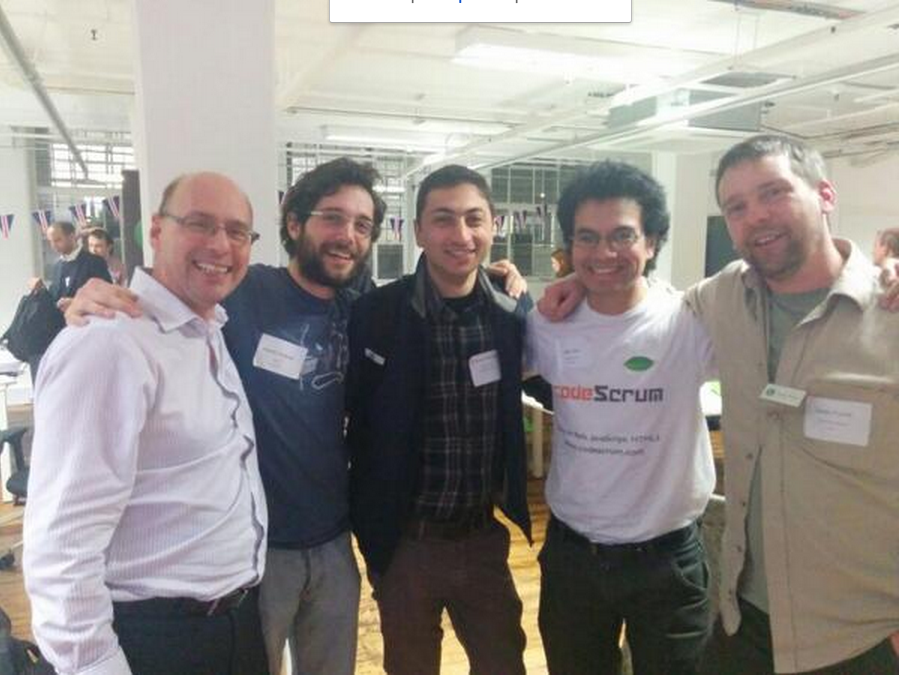 This information is vitally important for people at risk from flooding, climate scientists and others, but was previously hard to get to.

You can now access this data with the new API, which can compare today’s river levels and this year’s floods with data from the past 50 years.

The API gives historic and real time data. You can use it to search for stations and data by postcode, and for specific dates and times.

Our team was made up of:

For the real time information, the system reads hydrology data files every 15 minutes, parses and loads the data into a collection, and exposes the data through an API with a user interface for auto-generated documentation.

MOJ Digital Services will be holding our own hackathon at our HQ near St James’s Park in London in the summer – watch this space for details!

Jairo is the founder and managing director of CodeScrum Ltd - a company dedicated to creating user centric digital services and products. Our clients include government agencies, newspapers, universities, retail businesses, charities and leading startups.
Related posts
Single Sign On with Devise and Casino
Deploy your Rails and AngularJS app
Organize your Rails and AngularJS app with Lineman
Microservices with RabbitMQ and Docker
Building cleaner APIs with grape-transformations